Each month, we assemble the Southern Movement Presswire for local and national media. The presswire includes updates from frontline organizing for racial and social justice from our partners across the US South. For the first time, we’re excited to share these updates to a broader audience of organizers and activists on the SVA blog.

Check out 6 updates below, covering responses to police violence, COVID-19 in immigrant detention facilities, and more. Want these updates sent directly to your inbox? Sign up here. If you’re a member of the media, you can sign up for the “presswire” version of these updates here. If you have an update to share, with press or a general audience, you can submit it here. Questions? Contact alejandro@southernvision.org. 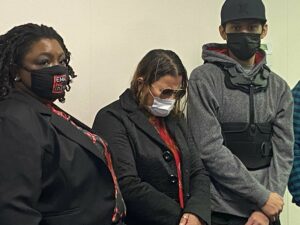 Emancipate NC’s Dawn Blagrove and the family of Daniel Turcios

Raleigh, NC – On January 11, Daniel Turcios was shot and killed, with his wife and two sons watching, by Raleigh Police Department after being injured in a serious car accident. In the aftermath of his death, his family, friends and community are left with more questions than answers. Daniel’s family, alongside community groups, are demanding the RPD address issues with transparency and procedure in Daniel’s shooting; and the application of HB526, which requires officers to report and intervene in cases of excessive force from fellow officers. Contact: Dawn Blagrove, dawn@emancipatenc.org.

Fayetteville, NC – On January 8, Jason Walker, a 37-year-old, unarmed Black man, who was shot and killed by county police. Walker was crossing the street as a pedestrian and was struck by a passing truck driven by off-duty Cumberland County Sheriff’s Deputy Officer Jeffrey Hash. Hash then stopped and exited the vehicle and shot Walker in the back with his pistol. Community advocates, including Fayetteville PACT, Fayetteville Action Movement, Families United, and local activist Myah Warren, have joined Walker’s family to demand justice. The coalition is demanding Hash’s immediate arrest, a county citizen review board based on NC SB 682, no paid leave for off-duty shootings, and a series of state and federal investigations. Contact: Kathy Greggs, fayettevillepact@gmail.com. 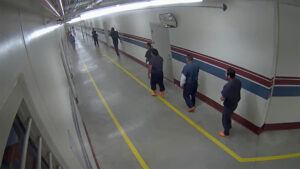 Georgia – In June 2021, 11 people detained at Stewart Detention Center (SDC) filed a complaint with the Office of Civil Rights and Civil Liberties and the Office of the Inspector General denouncing conditions in their unit, Pod 5A. SDC has been the deadliest hotspot for COVID-19 of any ICE facility nationwide. Four people detained at SDC have died of COVID-19 complications, three of whom were over the age of 55 and two of whom had chronic medical conditions. Reports from detainees and advocates provide disturbing evidence that Black immigrants held in SDC face especially egregious treatment and conditions. Allegations include retaliation and abuse by officials, inadequate medical care, and other serious human rights violations. The Complainants demand that ICE and its contractor, CoreCivic, address their grievances; that the CRCL and OIG investigate the abuses reported in the complaint; and that ICE release all in detention, including those with criminal convictions. Contact: Abraham Paulos, Abraham@baji.org.

Raleigh, NC– In late February, Joyce Malanda, a 23-year-old Southeast Raleigh native, will start medical school on a full-ride scholarship at the prestigious Latin American School of Medicine (ELAM) in Cuba. Despite a nearly 60-year economic blockade by the United States, Cuba has developed a healthcare system that is recognized as one of the most advanced in the world. During the COVID-19 pandemic, the system has developed three COVID-19 vaccines, vaccinated 90% of its population, and sent doctors to 29 countries to help fight the pandemic. Malanda, a graduate of Middle Creek High School and The University of North Carolina at Chapel Hill, will join the ranks of more than 40 US students currently studying medicine in Cuba. “As a young girl, I witnessed the brokenness of US health care first  in the care of my late father who battled illness and then again as an adult in my work as a CNA at a hospital. Health care is a human right,” she said. Contact: Ajamu Dillahunt, ajamuadhjr@gmail.com.

6. Panel on the state and future of reproductive rights

North Carolina – On January 19, reproductive health, rights, and justice advocates came together for an on-line panel to discuss the state of abortion access, reproductive health and reproductive justice here in North Carolina. (Access the Facebook Live recording here.) The panel took place ahead of the 49th anniversary of the landmark 1973 Roe v. Wade Supreme Court decision that legalized abortion in all 50 states. With the strong possibility that the current anti-abortion supermajority on the U.S Supreme Court will severely undermine or outright overturn that precedent, the panelists will be discussing the future of reproductive rights, health, and justice in NC. Contact: Tara Romano, tara@prochoicenc.org.