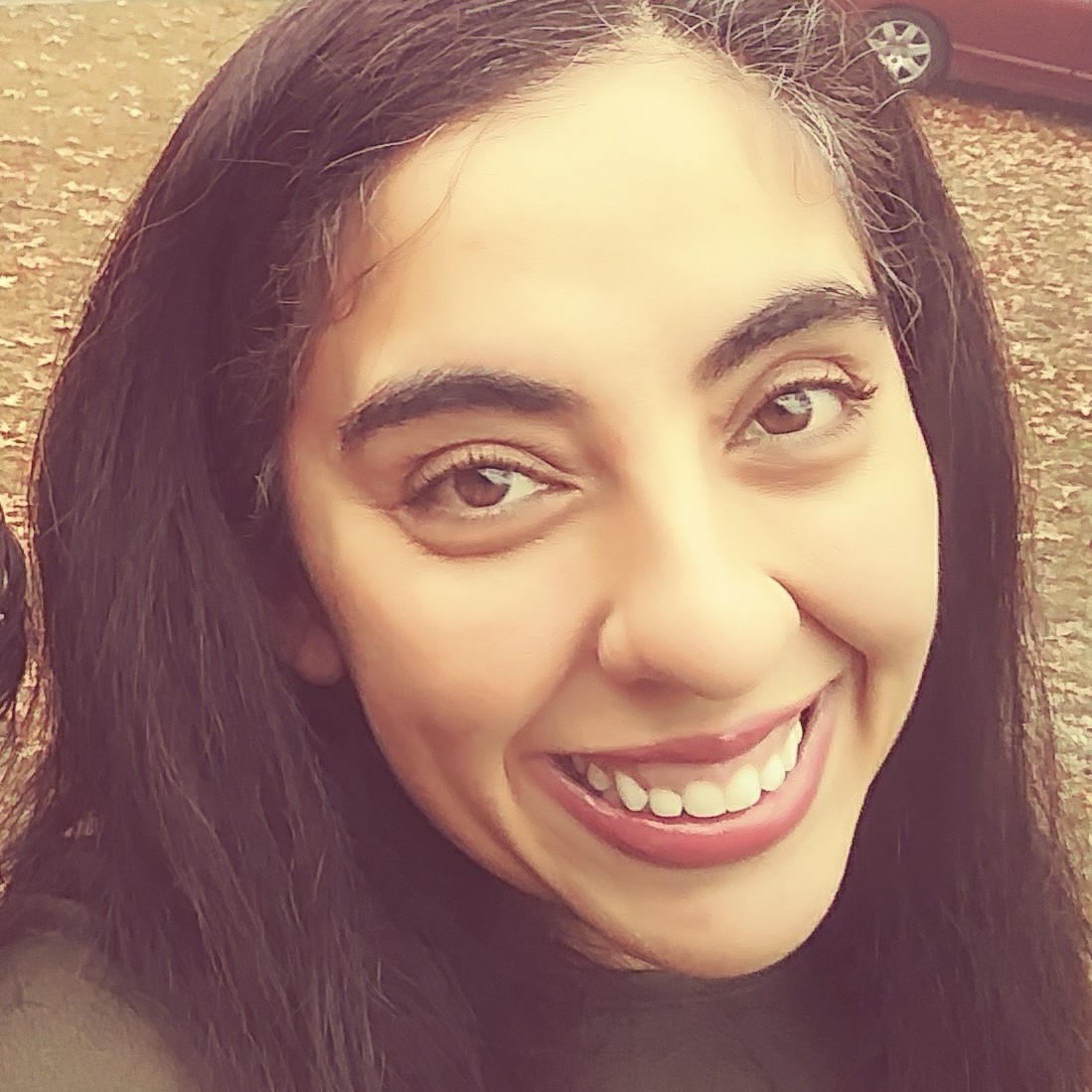 Nadeen Bir is a Palestinian-American who has grown up in Kentucky and South Carolina.  In school, she studied Spanish and Political Science at the College of Charleston, SC. Since 2002, she has worked in social justice in North Carolina in immigrant/latinx, farmworker, and labor rights organizations. She has worked with young people of all ages and families and has held various leadership positions at El Pueblo, El Centro Hispano, and Student Action with Farmworkers. She has fought for in-state tuition, an end to child labor, and supported worker-led campaigns.

As the Director of Organizational Culture and Operations of SVA, she will work on supporting the internal infrastructure to support the fight for progress in our state and beyond.

She likes to spend time with her family and friends and her dog Mr. Scruffers. 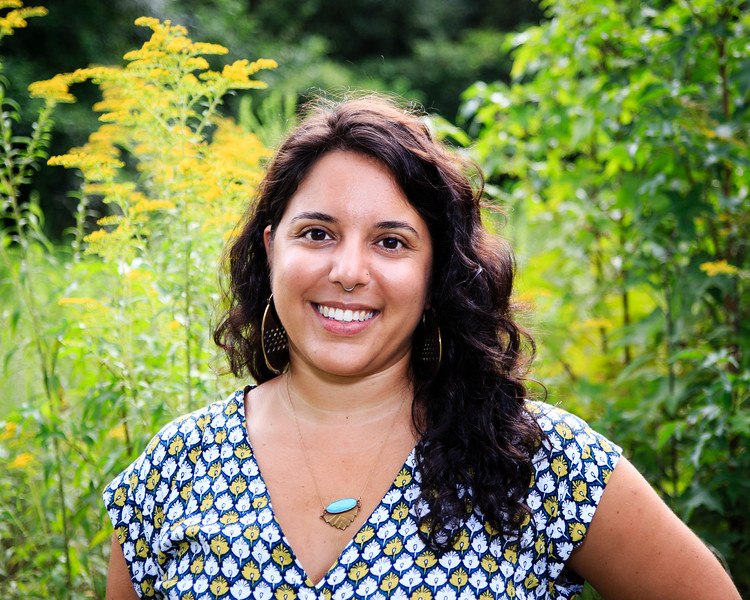 Ricky Bratz is a plant nerd, queer dog mom and survivor of Sicilian/SWANA/Eastern European roots. Born in New Jersey, growing up in Florida + New Hampshire, Ricky has been a community organizer, farmer, and food & health justice educator in North Carolina since 2003. Her time as a member of Greensboro-based radical marching band Cakalak Thunder (2003-2008), serving as a board member of Fund for Democratic Communities (2007-2009) and as an intern with Student Action with Farmworkers (2006) are part of her formative politicization. Throughout the Triad and the Triangle, she has initiated and been involved in projects such as: healing justice, community gardening/farming, food access/justice, labor organizing, homelessness, community centers, collective living, racial equity, consensus decision-making, and queer liberation. Ricky holds a BA in Health Arts & Science from Goddard College and did her thesis work on the intersections of racial identity, trauma, & herbal medicine. Most recently, Ricky was a coordinator with Resourceful Communities and provided capacity building and technical assistance to rural grassroots organizations under their Healthy Eating Active Living Initiative.

Ricky also maintains a private healing arts practice, Cazimi Healing, that focuses on supporting people working for social change in healing through plant medicine, energy work and functional medicine. She believes that knowing, connecting to, and healing our Selves is vital for the health of our communities, organizations and movements as a whole.

When she’s not seeing clients, she spends her spare time in the garden or the woods, being overly excited about all the things she wants to learn and buying too many plants.

Beau was born in Greensboro, NC and grew up in Detroit, MI before migrating back South in 2012. In 2015, they started organizing with the Queer People of Color Collective (QPOCC) in Greensboro, calling for an end to police brutality and trans hate crimes. They served as the Managing Editor of I Don’t Do Boxes, a queer youth-led zine program of Elsewhere Museum in 2016. Beau is a former member of the LGBT Center of Raleigh’s Youth Board and a former intern at the Youth Organizing Institute’s Summer Freedom School.

Beau is currently an Aerial Teacher for Queer Youth Circus, a political performance group for LGBTQIA folks, and serves on the Youth Advisory Board at the American Youth Circus Organization. They want to explore healing justice & bodywork for the movement at large. Beau is called to this work by their belief in self-determination for young people, queer & trans liberation, and racial justice. 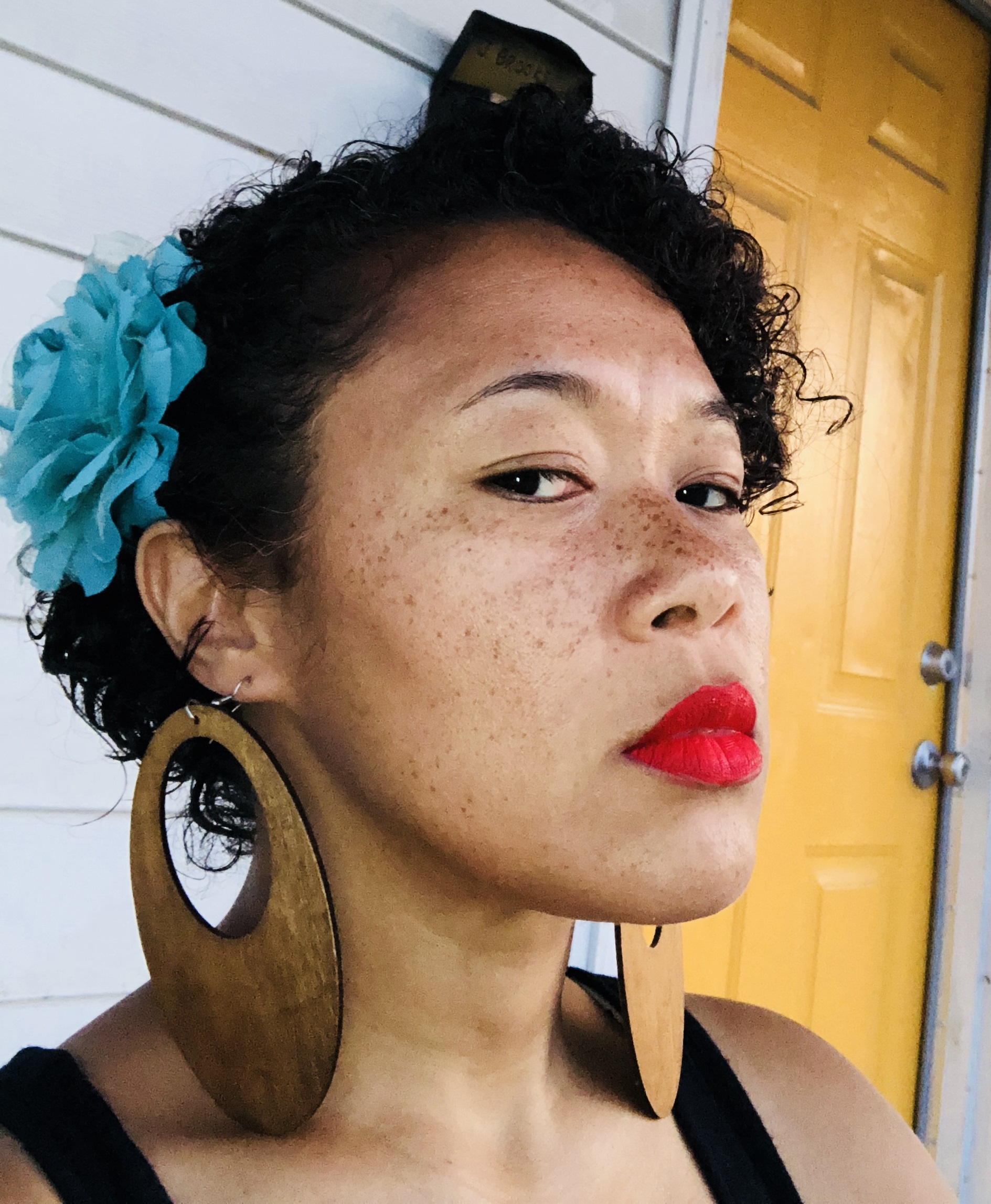 LeiLani Dowell is a queer Black femme who loves a nice spreadsheet. While working in activist circles for the majority of her life, she also recently received her Ph.D. in English from the City University of New York Graduate Center.

As Program Coordinator of the CUNY Pipeline Program, LeiLani helped to organize resources and provide support to undergraduates from underrepresented communities throughout New York City. She is excited to be contributing her skills and knowledge to assist the good and vital work done at SVA.

Raised in Los Angeles, LeiLani has lived in San Francisco and New York. She moved to Durham after meeting the love of her life while doing jail solidarity for the folks who brought down a Confederate statue on Aug. 14, 2017. 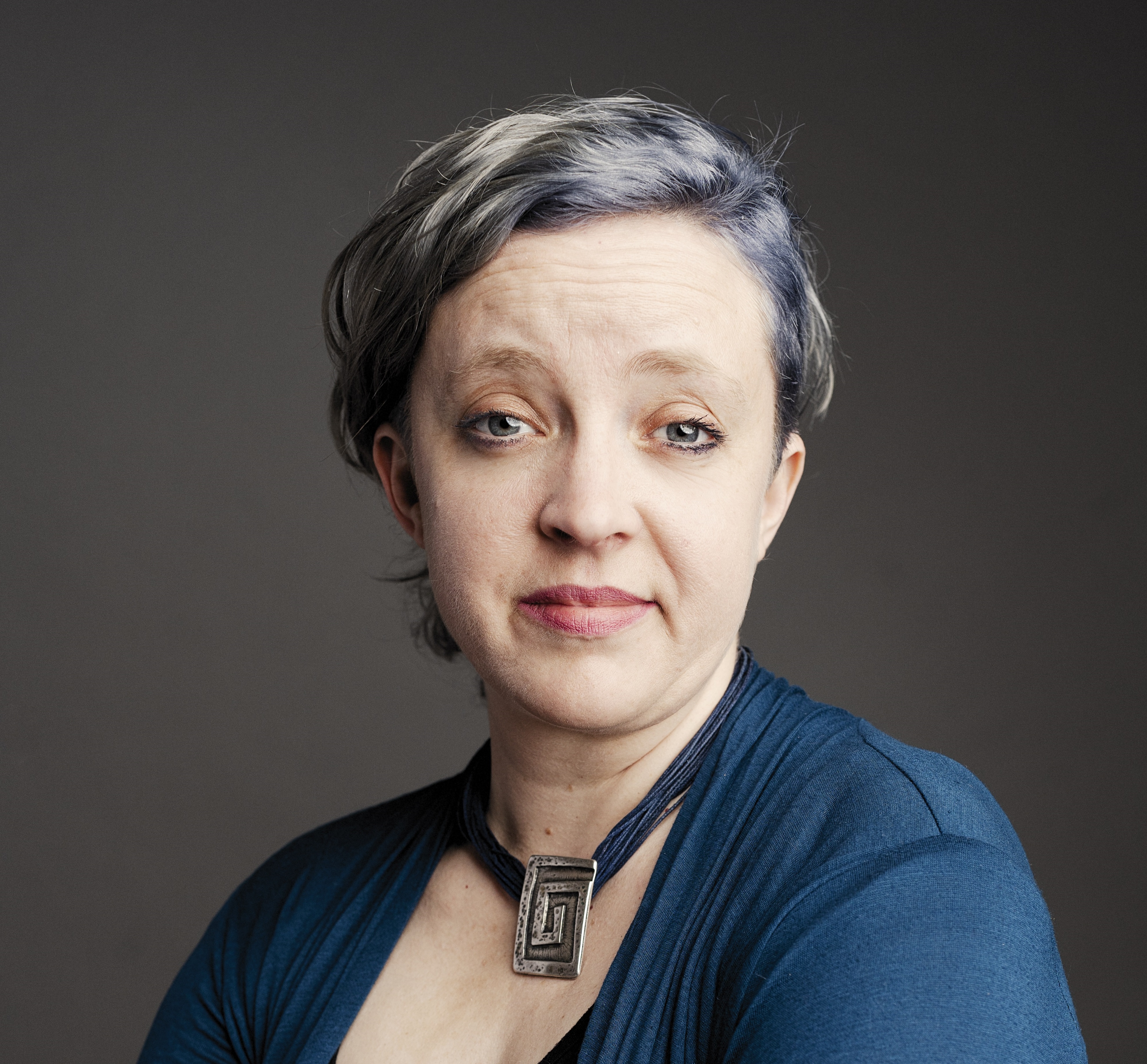 Elena began organizing at NC State University, where she was active in anti-war and labor solidarity campaigns. She was elected state Chair of the NC Green Party from 2003-2007, which at the age of 23, made her the youngest state Party chair in the country.

In May 2010, she founded the Youth Organizing Institute, a leadership development and base-building project created in response to threats by a newly elected school board majority. Seeing a need for more entry points to organizing for young people, Elena helped to found Ignite NC in fall 2013 and served as the operations director for its NC Vote Defenders program for three years.  She became the Executive Director of the newly established Southern Vision Alliance in August 2014.  Elena currently serves as the Board Treasurer of Blueprint NC. She loves working with young people and helping them realize and actualize their potential as revolutionary game-changers. 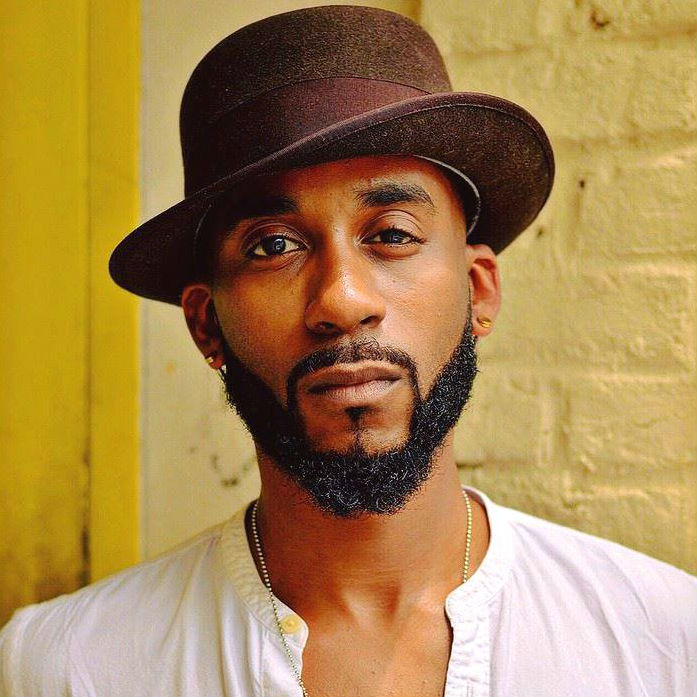 Joe Adonis Lewis II grew up as the youngest child in a military family.  Having the opportunity to travel the world exposed him to various peoples and cultures.  This, coupled with a struggle to find peace and identity as a mixed heritage queer MSM from a conservative Christian family, inspired his passion for studying and understanding the unique human experience.  As a graduate of The University of North Carolina at Chapel Hill, Joe has a special place in his heart for North Carolina and the surrounding communities and has consistently drawn inspiration from the energy and heartbeat of the area. After spending a few years in the corporate world, he decided to focus his energy and passion towards uplifting the underserved and underrepresented communities, especially young MSM and transgendered people of color.  Beginning as a social worker, he assisted with navigating and providing a pathway to comprehensive care/service for young people living with HIV, many of whom struggled with poverty, homelessness, mental health, and substance abuse issues.

Joe was humbled and inspired by the opportunity to help create and implement a community initiative in Charlotte, NC through the Centers for Disease Control and Prevention.  It provided education and comprehensive support services focused on HIV/STI prevention, and Healthy Lifestyles for young MSM and transgendered people of color. A master at engaging in consistent, creative recruitment and outreach initiatives, he also managed a community drop-in center which served as a “safe space” for local young MSM and transgendered people to come and be educated, empowered, and affirmed.

Joe enjoys traveling, and is an avid fan of reading, adventure, food, music, and comedy.  He feels that his mission and purpose on this earth is to be a light and to offer love to everyone he encounters. 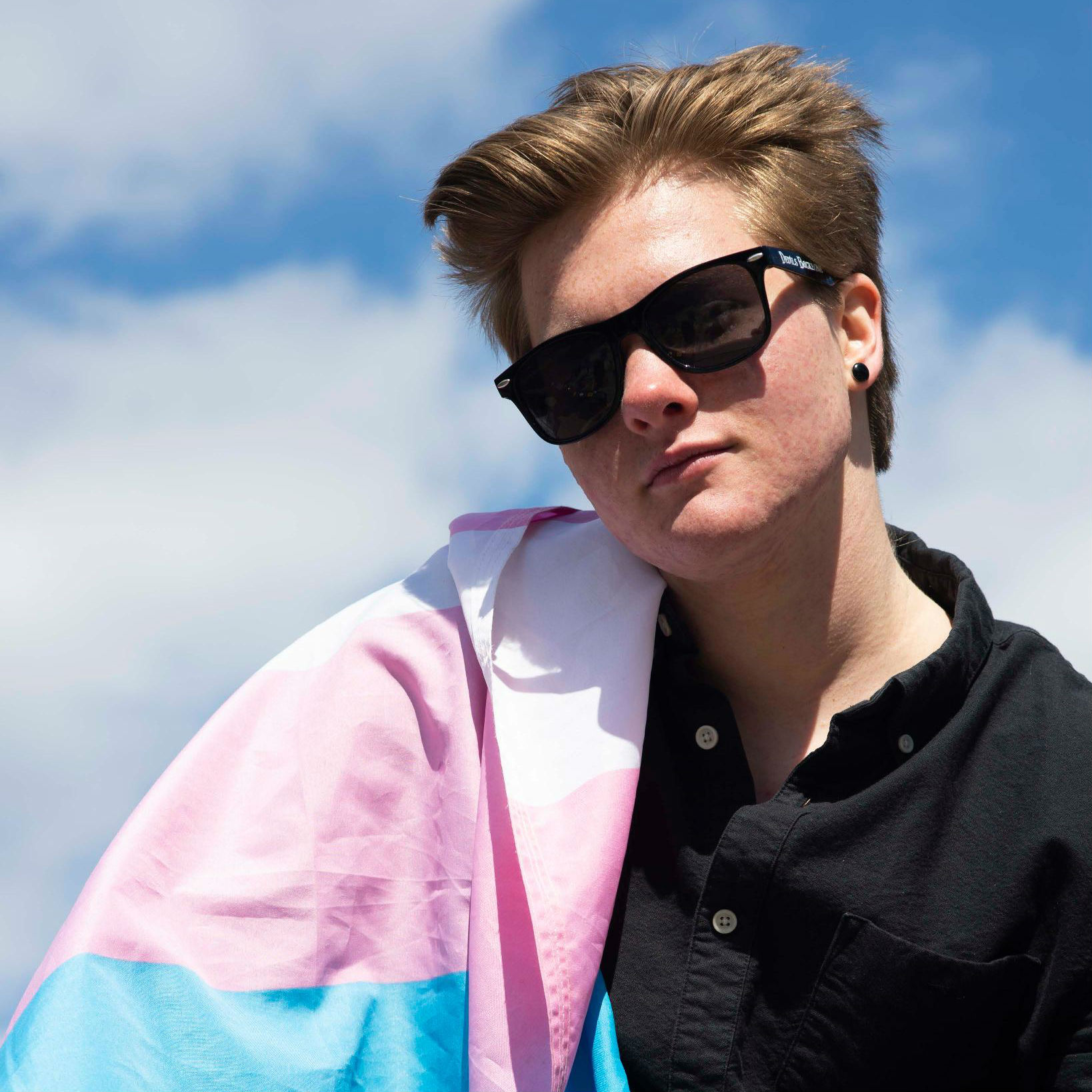 Asher was born and raised in Durham, and after graduating high school and deciding not to go to college, delved into organizing as a way to continue to do the work he started in his high school’s Queer-Straight Alliance.  As an out and loud trans person, Asher moved from a fellowship to Operations Associate with SVA while also working as the Youth Coordinator for Bull City Schools United to bring more knowledge of inclusive spaces into the classroom.

Asher is also a singer songwriter, and pours his heart into creating music that encapsulates his unique perspective as a transgender person in North Carolina.  Performing in the Triangle since 2014, Asher is currently working on his first album since beginning his transition. Man-Made Man, releasing in early May 2019, follows his transition on testosterone to capture the gradual (or not) shift in vocal range and quality through the first year of transition.   Asher is excited to continue using his music as a platform to advocate for social change and greater equality for the LGBTQ+ community. 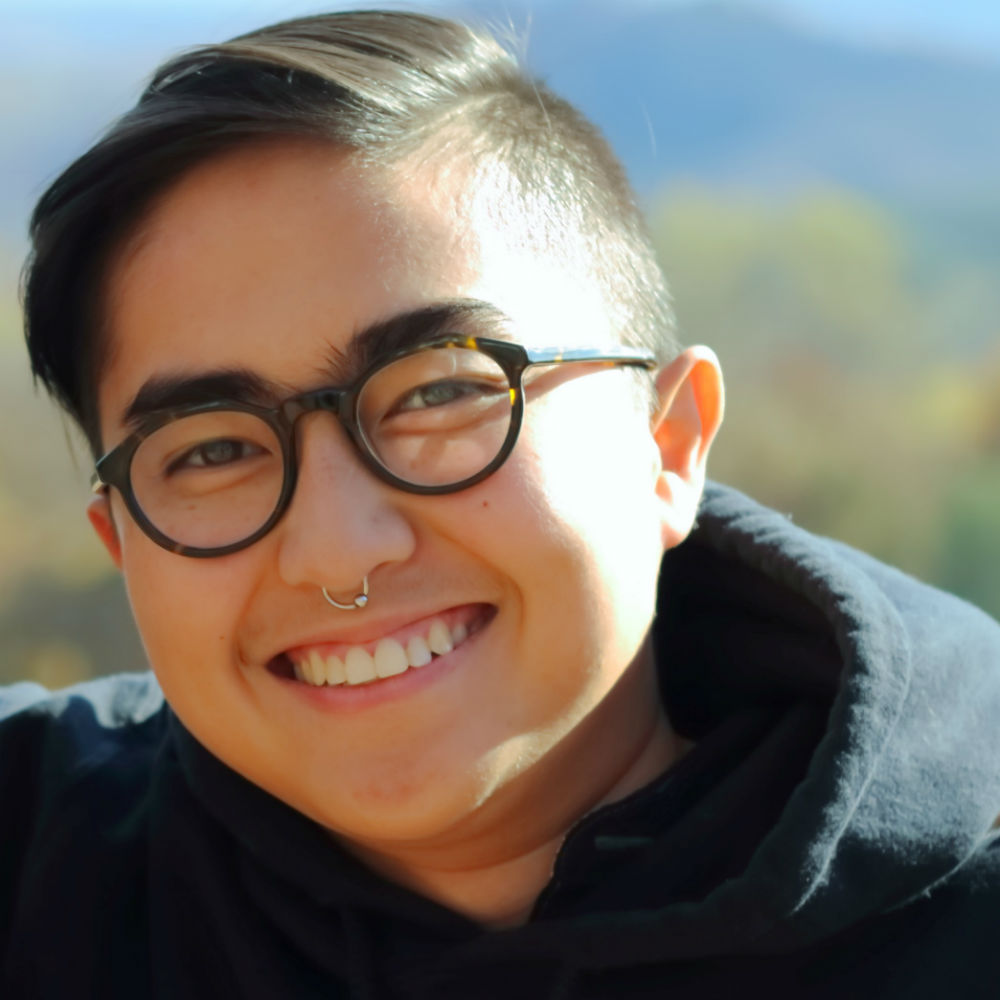 Loan Tran is a queer, bilingual writer and educator of color based Durham, NC.  Loan has worked on issues of migrant justice, LGBTQ liberation, economic and racial justice and for an end to all interpersonal violence.

Loan was a featured speaker at the Historic Thousands on Jones St. (HKonJ)/Moral March and has had their writing and commentary featured on Black Girl Dangerous, Waging Non-Violence, {Young}ist, New York Times and The Advocate, among others. Following the passage of HB2, Loan became a spokesperson and leader in the repeal effort. They served in the leadership body of the QTPOCC (Queer and Trans People of Color Collective) that called for actions at the governor’s mansion, and across the state. Loan was one of four people who participated in civil disobedience after the passage of the bill.

Loan is a former board member of G.L.S.E.N. and current board member at the Highlander Research and Education Center.  They also serve on the boards the Emergent Fund, a new effort to new LGBT initiatives.  In 2016, Loan helped to create the HB2 Queer Mobilization Fund to move resources for resistance to HB2 led by queer and trans people of color. Loan is an expert in organizational development, and popular education-style trainings. Loan envisions a movement for liberation and justice to be one that leaves no one behind so one day we can all be our authentic selves, lead full lives and be free. 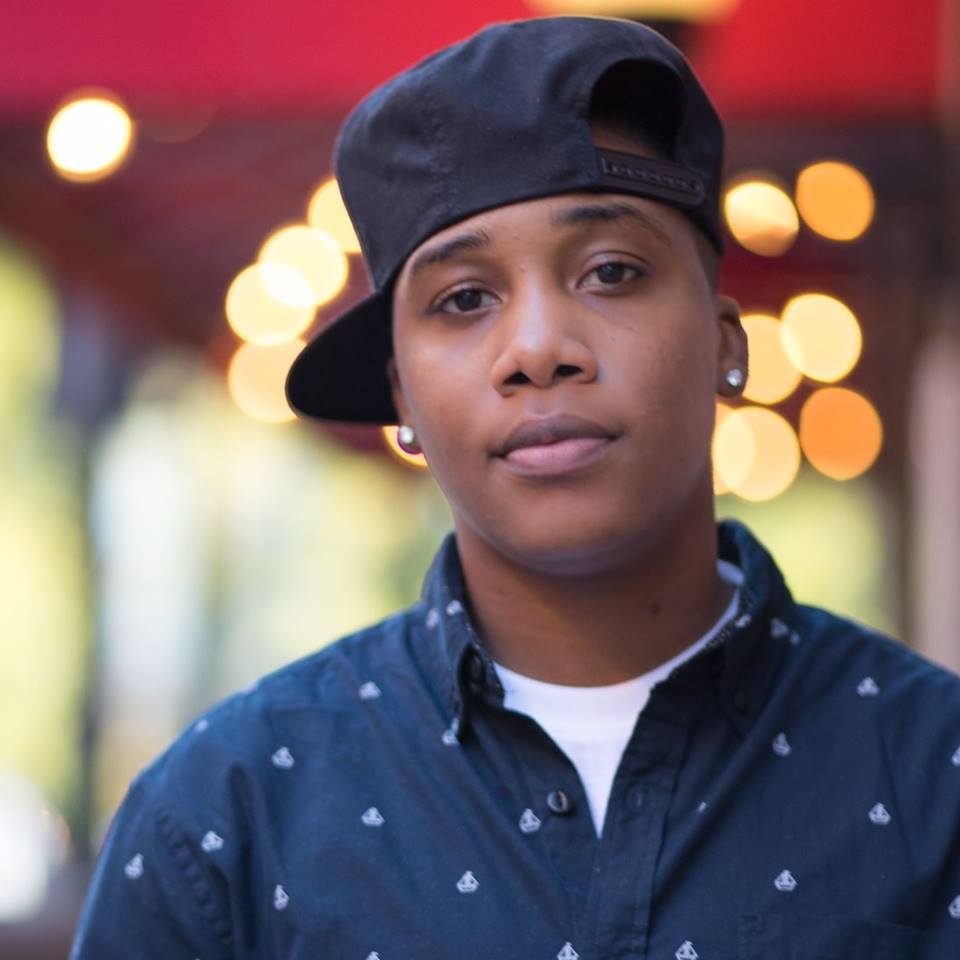 AJ Williams was born and raised in Durham, NC a city rooted in Black economic excellence, home of Black Wall Street and a historical cornerstone of organizing and community leadership.

In 2015, he relocated to Charlotte, NC to work as a Community Organizer and Communications Lead for The Freedom Center for Social Justice where he headed the transgender advocacy programs including coordinating Transgender Career Readiness program and The Transgender Faith in Action Network Retreat.

The Retreat brought together national thought leaders to gather in a safe space to discuss the most pressing issues in the trans community. Participants included Raffi Freedman-Gurspan, who was appointed by President Barack Obama as the first Transgender White House staff member.

AJ also led organizing efforts for the Yes, You Can Go Campaign during the harmful North Carolina statewide legislation passed known as HB2 by encouraging business owners to stand in solidarity with the trans community as well as the Do No Harm Campaign in response to Senate Bill 2. In addition he helped organize on the ground efforts with the Charlotte’s Queer and Trans People of Color Collective and spoke at the NC State Capitol alongside Reverend William Barber, II of the NAACP and other coalition partners during sit-ins in protest of HB2.

AJ is currently The Director of Financial Operations for Southern Vision Alliance, a 501c3 Nonprofit in Durham, NC, that supports Queer/People of Color youth leadership pipelines, and fiscal sponsorship as a grassroots intermediary. He recently completed his Certified Nonprofit Accounting Professional designation with Fiscal Management Associates. In addition, he participated in the University of California, Berkeley, Haas School of Business’ Philanthropy University, earning a Certificate in Social Sector Leadership.

He is also an avid organizer with BYP100 Durham Chapter as the current Fundraising Chair, a member of Southerners on New Ground (SONG) and is also an appointed member of Durham’s Participatory Budgeting Steering Committee.