Cuba is the light, Cuba’s got it right: a historic caravan 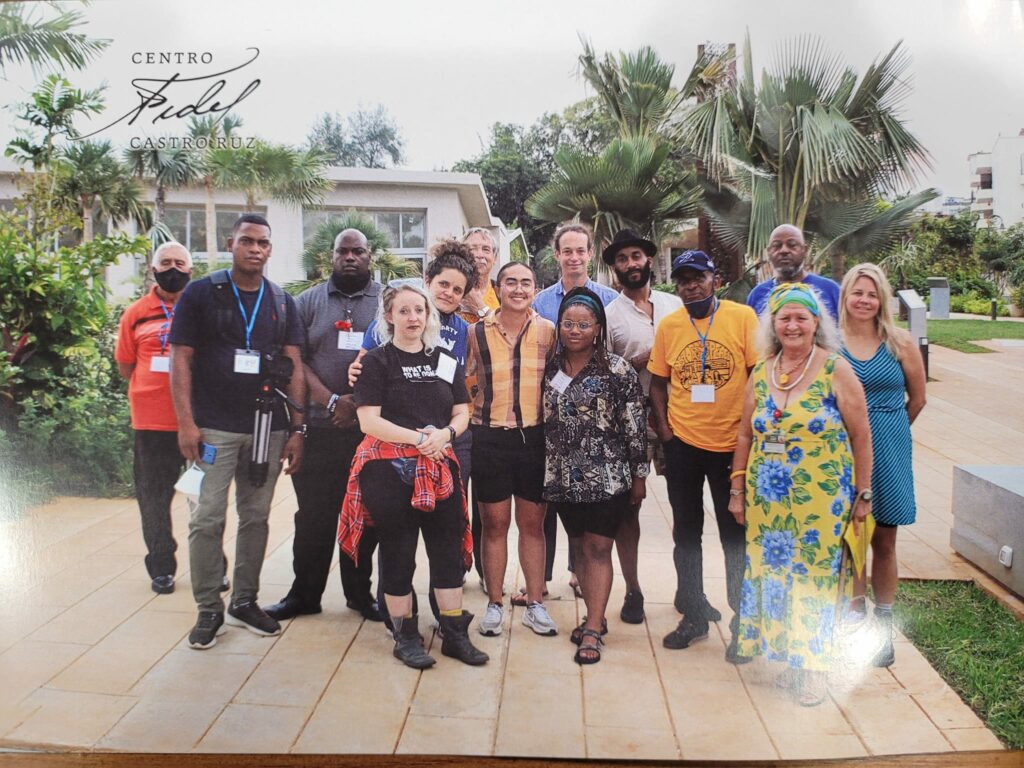 “Charity isn’t the solution for Cuba, this is a gesture of solidarity. Taking the US government’s boot off their neck is what Cuba needs.” – Gail Walker, IFCO Executive Director

Since 1992, the Interreligious Foundation for Community Organization (IFCO) has led the Friendshipment caravan to Cuba every year.

IFCO’s project Pastors for Peace was founded in 1988, one day after IFCO’s founding director, Lucius Walker, Jr., survived a first-hand terrorist attack by the Nicaraguan US-backed Contra forces where two people died and many were wounded, including Lucius Walker. Since that day, he vowed to “campaign for a more just and moral US foreign policy”.

For the last 30 years, the caravans have driven across the US, bringing awareness to the immorality of the blockade. Then they would travel to Cuba illegally, without requesting the permission of the US government, as an act of civil disobedience. They have bought medical supplies in solidarity and other resources that Cuba does not have access to due to the blockade.

This November, more than 70 participants from 20 states joined the 31st caravan, traveling to Havana and the province of Matanzas.

CompaSouth, a sponsored project of Southern Vision Alliance, sent a delegation of staff, board, sponsored projects, and partners on this historic caravan. The mission of CompaSouth is to build power and solidarity between communities in the US South and the Global South. 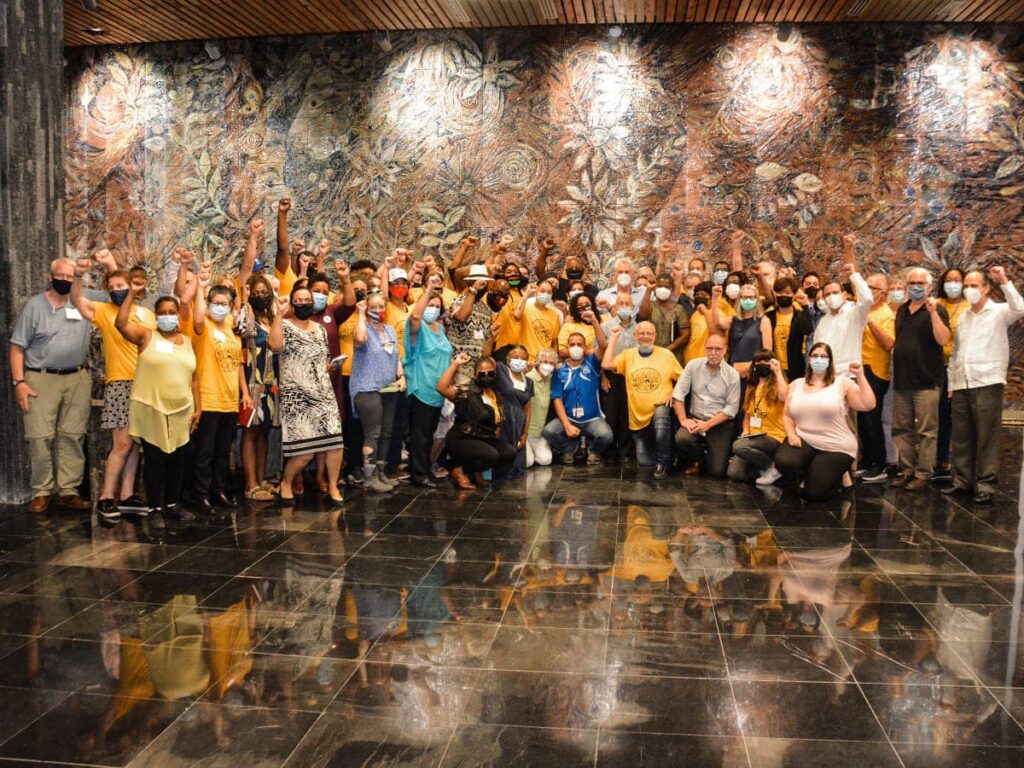 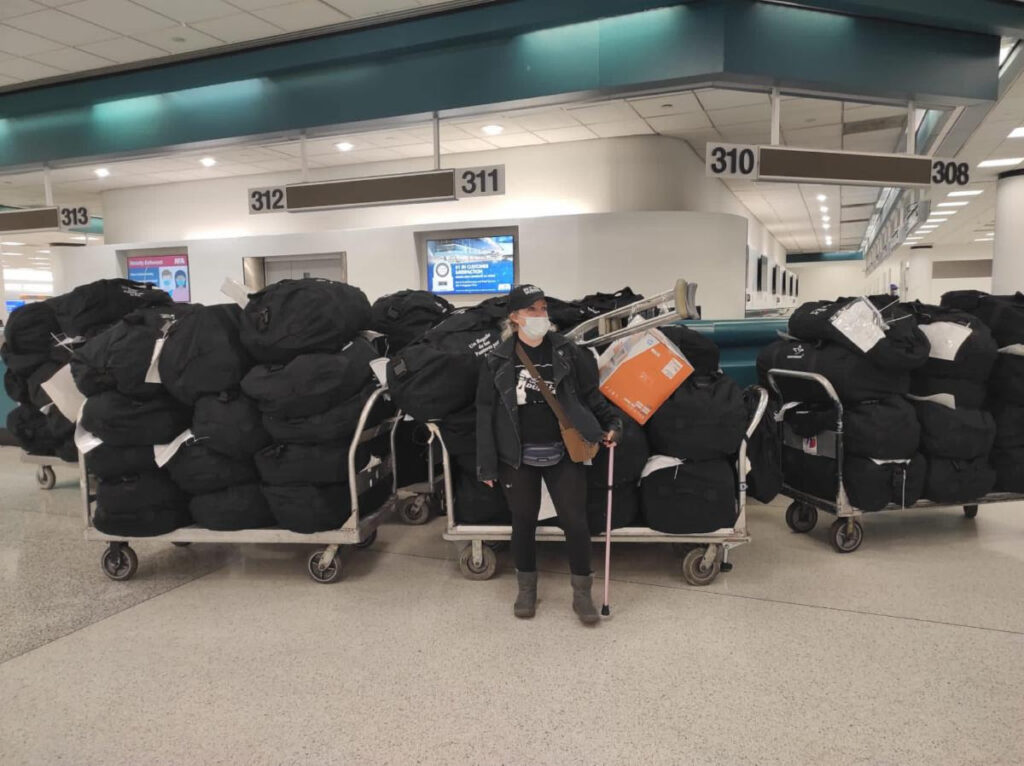 The purpose of the trip was to raise consciousness and increase public pressure on the US government to lift travel restrictions and end the blockade. As an act of solidarity, IFCO raised $33,000 to bring medical supplies and aid to Cuba.

In the US, there’s widespread misinformation about how Cuba operates—with devastating effects. As people living in the US, we felt a duty to experience Cuba first-hand and dispel propaganda. We met with healthcare professionals, hospitals, unions, women’s organizations, youth organizations, LGBTQ organizations, popular education centers, community centers, urban farms, churches, and government officials. 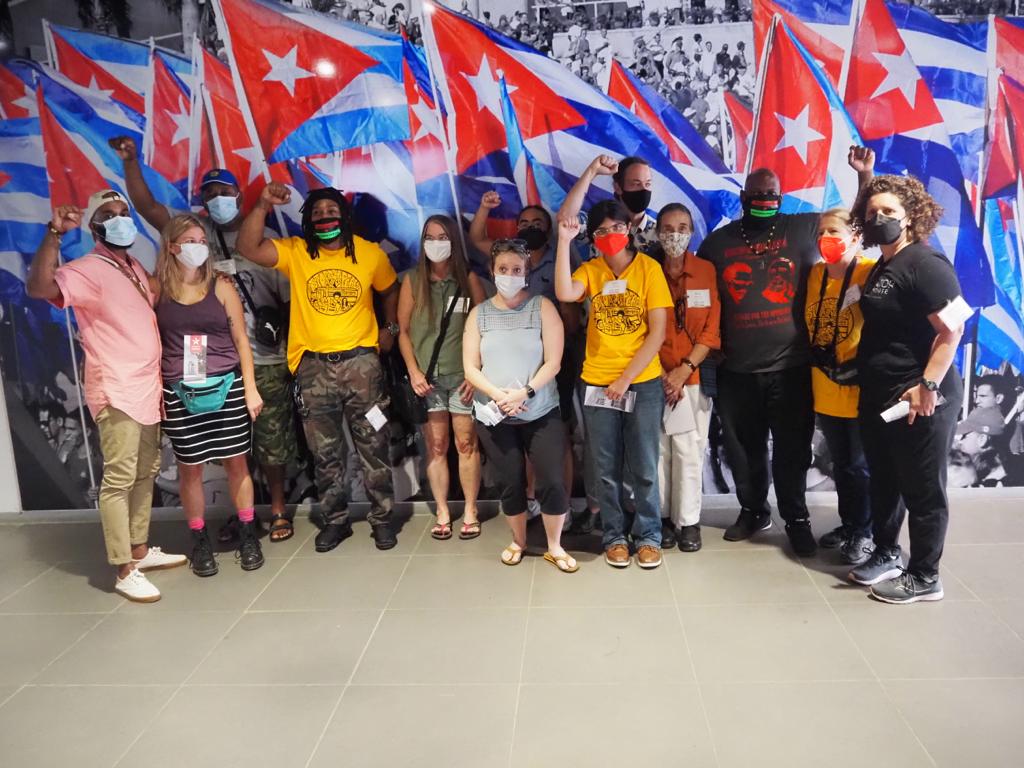 CompaSouth delegation at the Denouncement Memorial

Levying and intensifying sanctions on Cuba during a global pandemic is a criminal act perpetrated by the US government. It is causing the most severe rationing Cuba has seen since the early 1990s, Cuba’s “special period.” Including shortages of food stuffs, Cuba is also experiencing severe shortages of medicines, antibiotics, and general anesthetics.

From this trip, we affirm that Cuba is a light in the world, modeling a grassroots, democratic socialist system. It protects the poor and most vulnerable from exploitation, advances rights for children, elderly, women, LGBTQ folx, workers, and disabled folks. It strives to improve itself every day.We returned from this trip with a renewed faith in humanity and commitment to fight with oppressed peoples worldwide.