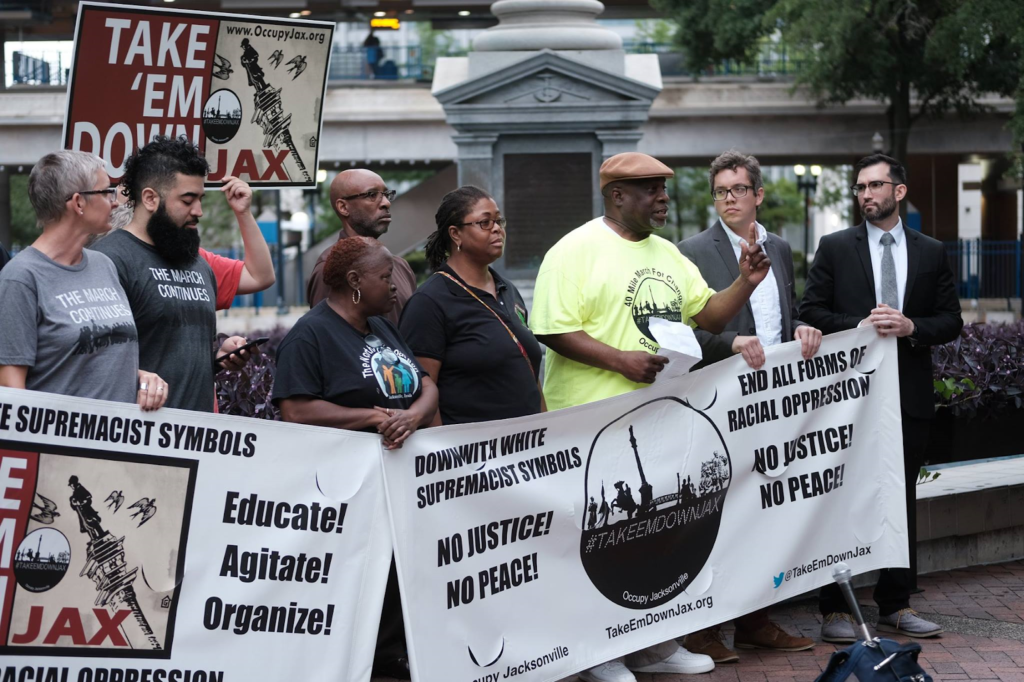 The Northside Coalition of Jacksonville, a civil rights organization that works to empower the Black community in Jacksonville, has spent the last four years campaigning alongside Take ’Em Down Jax to remove these monuments.

“This battle we are talking about is not a battle against marble, stone, metal, brass, but against what all of these Confederate memorials truly represent: oppression of people of color,” said Ben Frazier, Northside president. 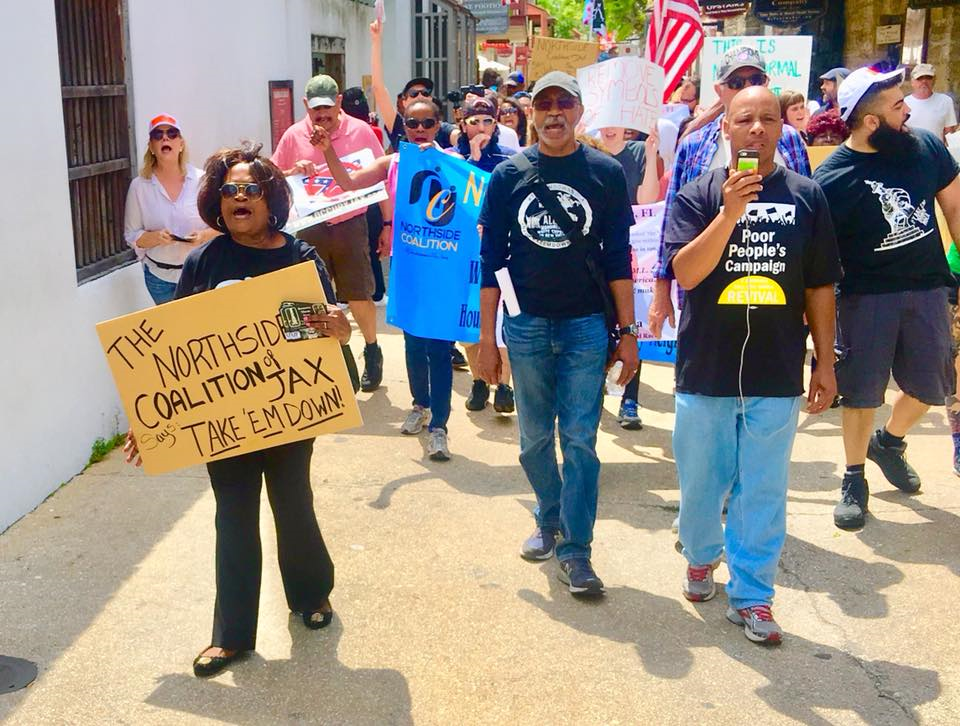 Northside Coalition activists and community members protest white supremacy during the 42-mile march from Jacksonville to St. Augustine on May 17, 2018. Photo courtesy of Ben Frazier.

In the lead-up to the monument’s removal, the coalition conducted seminars, workshops, demonstrations, and news conferences. On May 17, 2018, they held a 42-mile march from Jacksonville to St. Augustine—from one Confederate monument to another—modeled on the historic march from Selma to Montgomery.

Hemming Park was the location of the brutal event called Ax Handle Saturday on August 27, 1960, when a large white mob attacked Black civil rights activists at a sit-in. Police not only failed to stop the violence, but also arrested activists and joined in the beatings. The segregationist mayor at the time, W. Haydon Burns, looked the other way.

“We recognize history in all its vile implications and how it relates to these monuments,” Frazier said. “We understand that there are those who say we are attempting to erase history or eradicate Southern heritage. We know all of that to be Confederate hogwash and propaganda.”

Northside has spoken about the need for the monuments to come down at every Jacksonville City Council meeting for the past three years. They have additionally been advocating for the renaming of six schools in the area named after Confederate generals. 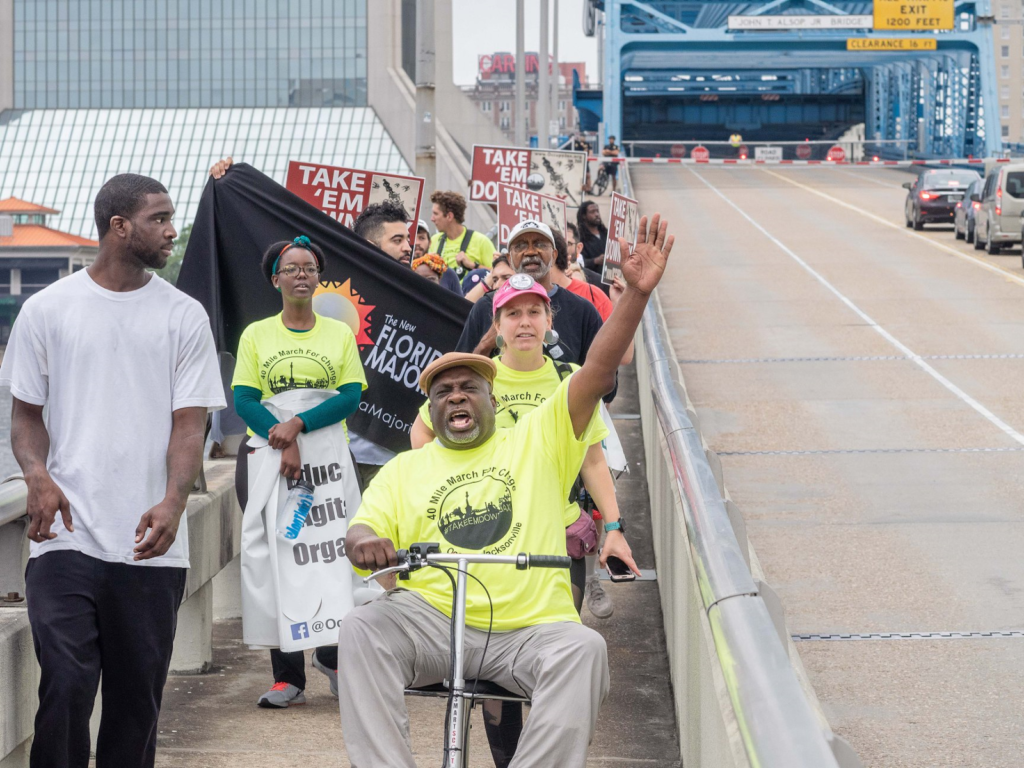 Activists with Northside Coalition and Take ‘Em Down Jax march at the 42-mile march from Jacksonville to St. Augustine on May 17, 2018. Photo courtesy of Ben Frazier.

Over the past two months, the group has been holding Mayor Curry to his word, with a press conference pushing for the immediate removal of the 10 other monuments as well as the additional statue of slaveholder Andrew Jackson.

“It is time for Jacksonville and other cities throughout the South to become a serious light in the darkness of racial hatred,” Frazier said. “It’s time for us to continue our march until victory is won.”

For more information on fallen monuments like this one, check out SVA’s Toppling Racism map, where we’re tracking the 100+ (and counting) racist memorials toppled in the South during the uprising for Black lives.