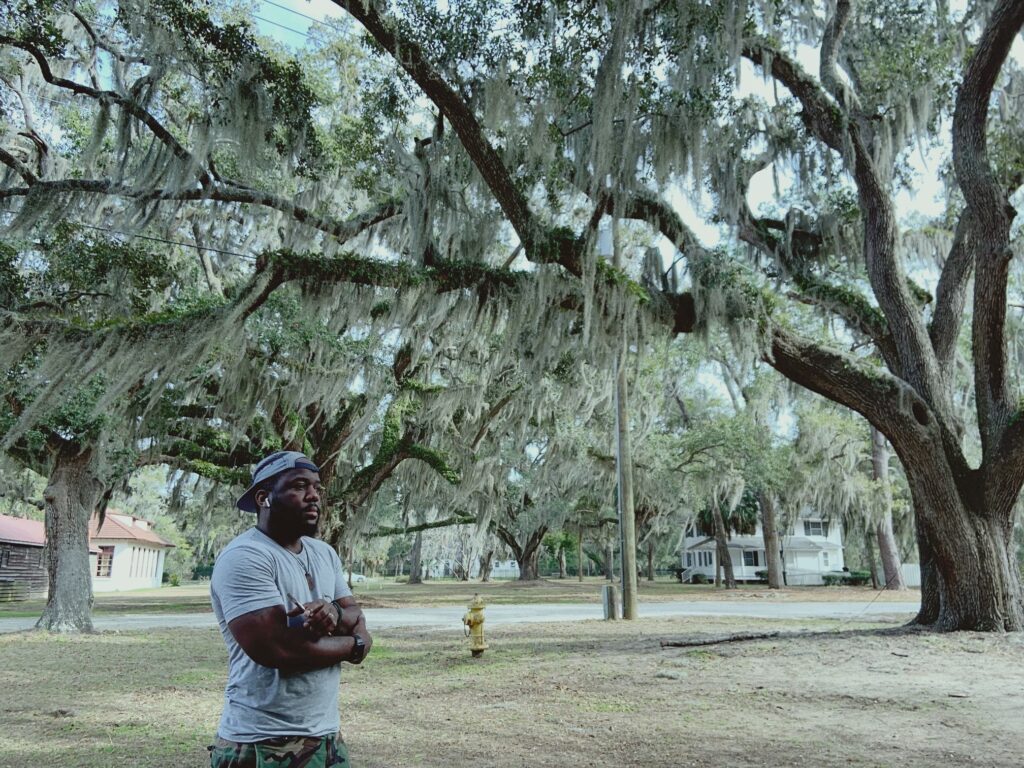 On February 1, SVA welcomed a new interim Executive Director, Joshua Vincent. We couldn’t be more excited for Josh’s leadership. Josh has served as a Board Chair since SVA’s inception and is deeply committed to our values and strategy. He brings two decades of experience as a political, community, and cultural organizer in the US South. Josh comes into this role after serving as the national director of the Education Not Incarceration Network, where he helped incubate and support youth and community organizing around justice issues, and Field Director of Black Men Build.

We sat down with Josh to ask him about his story and his visions for SVA.

You were one of the founders of SVA in 2014. Tell us what led you to that moment.

One of the things that pushed me to SVA was spending 2008 working for the Obama campaign in Raleigh. From talking to voters and fellow organizers, it was clear to me that North Carolinians wanted to do more than just elect Obama. But the presidential campaign vacated the state immediately afterward and left us with a big infrastructure gap. Later, in 2013, the first time I went out to a Moral Monday protest, I saw so many of the volunteers who I worked with in 2008 out there. It was inspiring to know that those folks still brought such passion and energy.

When we founded SVA, it was a group of us who brought shared politics and a shared commitment to building long-term grassroots power, particularly with young people, across the state. This was a moment when the stakes for our movement were becoming increasingly clear. We had elected our first Republican governor, Pat McCrory, in decades. There was Art Pope, the budget director for the state and conservative kingmaker, working at odds with the needs of our people. There was the Moral Monday movement. Teachers were organizing. There were a lot of opportunities to play a role in building power.

How have you seen the movement ecosystem evolve since then?

I’d say we’ve seen a political reawakening across the South. I say “reawakening” because it’s not as if the South had never been moving toward a progressive political North star. It’s that every time we’ve moved forward, the resistance has been well-financed and well-organized, so we’ve had to respond in new ways.

Georgia’s Senate elections show us what’s possible when we invest in this reawakening. But if you look like cities like Durham, Birmingham, Jackson, Charleston, which have also become epicenters of movement, you see that there’s an undercurrent of radical politics all over.

Social media has helped bring attention to our work and helped us become more aware of each other. At SVA, I’m looking forward to playing a role helping to facilitate that kind of connectedness as a way to support budding organizations.

Are there moments over the past few years that have especially given you hope for the South?

There are so many moments, some of which I’ve had the opportunity to participate in directly, others while away for a few years in the Bay, Boston, and rural Pennsylvania, but staying connected to North Carolina. I think about the Charlotte Uprising. I think about the election of SVA organizer, now board member, Jillian Johnson to Durham City Council. I think about the pipeline resistance that happened in Standing Rock that brought attention to pipeline organizing happening in Robeson County, NC.

As Fred Hampton said, wherever there are people, there’s power. Whenever we have connectedness in these crisis moments, the people are always going to be there, and there will be power. I think about the ways that folks like Mike Brown and Breonna Taylor sparked movement in cities where movement isn’t expected. Because we’re connected as a people, we’re here to push for change.

You’ve spent much of your time organizing within the movement for Black lives and the Southern Black freedom tradition. How do these experiences inform your vision?

Black communities know what Black communities need. We don’t need someone to come in and save us. We have the power and the ideas and the creativity to come up with the solutions that we know we need. That example is very present in Georgia. I think about what Nsé Ufot and the New Georgia Project did to engage Black voters in Atlanta. The Senate election in Georgia is exactly what happens when you give Black people the bag and say, “do what you need to do.”

Black communities, Black families, are always dynamic places. We’re not a monolith. We have a variety of different ideas and beliefs. There’s always a need to accept that we don’t always agree on processes or solutions. But if we agree on a few threads, then we can always find ways to connect.

At SVA, we’re working to support frontline efforts, big and small, to disrupt and transform power. Are there figures in Southern movement history that exemplify this for you?

I think of Robert F. Williams from the Monroe, NC, branch of the NAACP, who showed us that the concept of building “Black power” came long before the Black power movement in the late 1960s. David Walker wrote the 1829 David Walker’s Appeal—also about building Black power. Of course, there’s Harriet Tubman, Ida B. Wells, so many people who helped shape the landscape of Black organizing. We may be in a unique moment, but we’re not in a brand new movement. Black people have been trying to get free since the first Africans were stolen from the continent of Africa. We’re part of a lineage of fighters for our people whose names we may not even know.

How do you plan to carry the spirit of these ancestors forward into SVA?

Finally, as a son of the South: What’s on the grill this weekend?

We’re gonna do some kabobs. And throw on some wings. Maybe throw a twice-baked potato up there. And some good veggies—some squash and zucchinis. With some Benny the Butcher bumping in the background.