“The only way to survive is by taking care of one another.” -Grace Lee Boggs 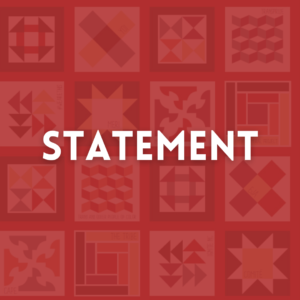 On March 16th, eight people were killed at three separate spas in Georgia. Six of the people were Asian and all but one were women. This incident is one of many anti-Asian hate crimes and attacks that continue to persist and become more prevalent across the nation in the last few months.

As organizers for justice and liberation, we stand in solidarity with the loved ones of those who were killed and all those impacted by racist violence. We must continue to fight to dismantle the structures and powers that uphold the idea of white supremacy that lead to continued violence and dehumanization of our diverse communities.

Women of color know intimately the ways that white supremacy and misogyny are intertwined and life-threatening. We uplift Asian women, elders, migrants, working class people, and all those who are being targeted by Anti-Asian racist violence and discrimination. It is our duty to fight for a world that honors us in all our full dignity and humanity.

In order to build bridges of understanding and support, we encourage you to support the following AAPI-led organizations that prioritize the lived experience of AAPI folks in the South:

North Carolina Asian Americans Together (NCAAT) is a nonpartisan, nonprofit organization committed to supporting equity and justice for all by fostering community among Asian Americans and allies in North Carolina through civic engagement, leadership development, grassroots mobilization and political participation.

SEAC exists to amplify a voice for the quickly growing Asian American population in the Carolinas. SEAC cultivates grassroots power through community engagement, social justice, and youth organizing. SEAC exists to add an Asian American voice to the collective movement for justice and equity in North Carolina

The Asian American Advocacy Fund’s mission is to advocate for the civil and human rights of Asian Americans, Pacific Islanders, and Native Hawaiians in Georgia. Through a combination of policy advocacy at local, state, and federal levels, and by supporting candidates that believe in our values, we fight to create a better Georgia for us all.

Asian Americans Advancing Justice-Atlanta is the first and only nonprofit legal advocacy organization dedicated to protecting the civil rights of Asian Americans, Native Hawaiians, and Pacific Islanders (AANHPI) in Georgia and the Southeast.

Red Canary Song is a grassroots collective of Asian and migrant sex workers. They are the only grassroots Chinese massage parlor worker coalition in the U.S., and also organize transnationally with Asian sex workers across the diaspora in Toronto, Paris, and Hong Kong.