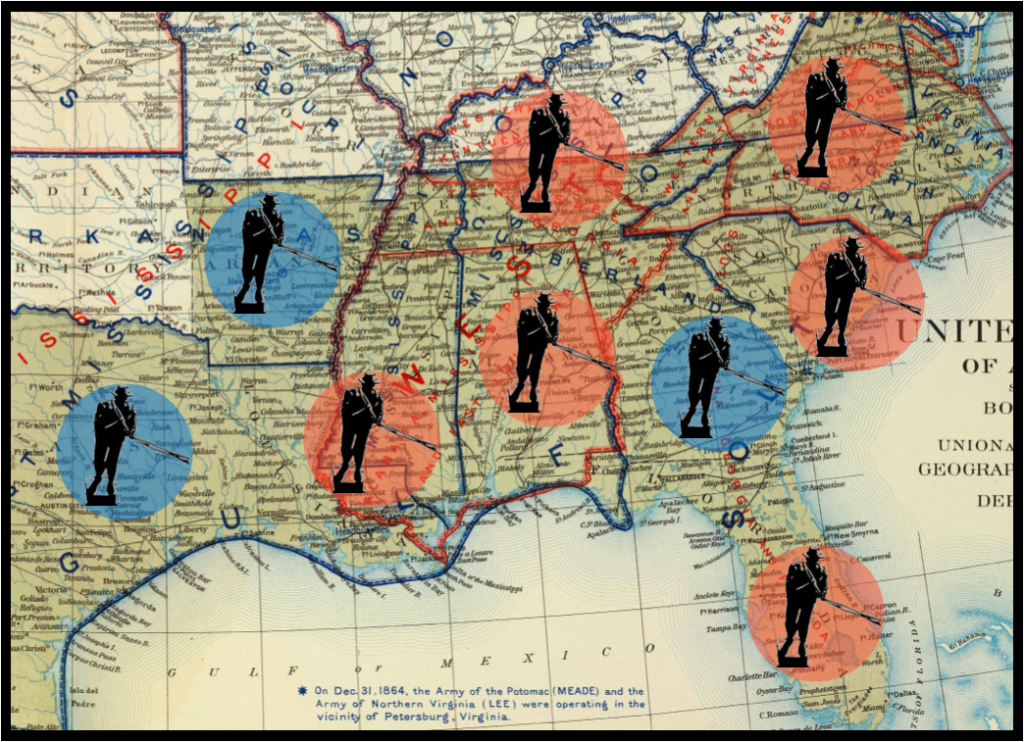 Following the May 25 murder of George Floyd, millions across the US and the world have risen up to defend Black lives and dismantle white supremacy. One immediate outcome: the removal of dozens of memorials to white supremacy, particularly in the South.

To track this unprecedented activity, we’ve put together a live, interactive map profiling the history of each memorial removed in the South. In our research, we’ve found: A total of 96 memorials in the South have fallen or been removed since George Floyd’s murder.

On average, the fallen monuments to the Confederacy were erected 55 years after the Confederate surrender. The entirety of the removed racist memorials stood for an average of 94 years.

In many cases, as with the Jefferson Davis statue in Richmond, VA, protesters have brought down the racist memorials themselves. In other cases, as with the Spirit of the Confederacy Monument in Houston, TX, community organizing has pressured local governments into taking action. This unprecedented moment follows a series of removals and renamings across the South in the wake of white supremacist violence in Charlottesville in August 2017.

The vast majority of these monuments were erected decades after the 1865 dissolution of the Confederacy. They served as a means of racist intimidation in a period when Black people had gained expanded political, social, and economic freedoms.

In the case of the Charles Linn statue in Birmingham, the city installed it in 2013—a full 148 years after the end of the Confederacy—only to see it toppled by protesters this year.

The map shows the locations of racist monuments and building names that have been successfully removed in the South since George Floyd’s murder on May 25. Click on each mark for additional information.

This map is an ongoing visualization that is continually updated with new and changing information. It does not picture monuments that have been slated for removal but have not yet been removed, nor buildings considered to be renamed but have not yet been renamed. For the purposes of this map, we’ve covered a Broader reach of the South: Alabama, Arkansas, Florida, Georgia, Kentucky, Louisiana, Maryland, Mississippi, North Carolina, South Carolina, Tennessee, Texas, Virginia, Washington D.C. and West Virginia. If you have any corrections, additional items or context to share, email toppleracism@southernvision.org.