“A rallying point for Confederate agitators”: Students’ fight to topple racism at the University of Mississippi 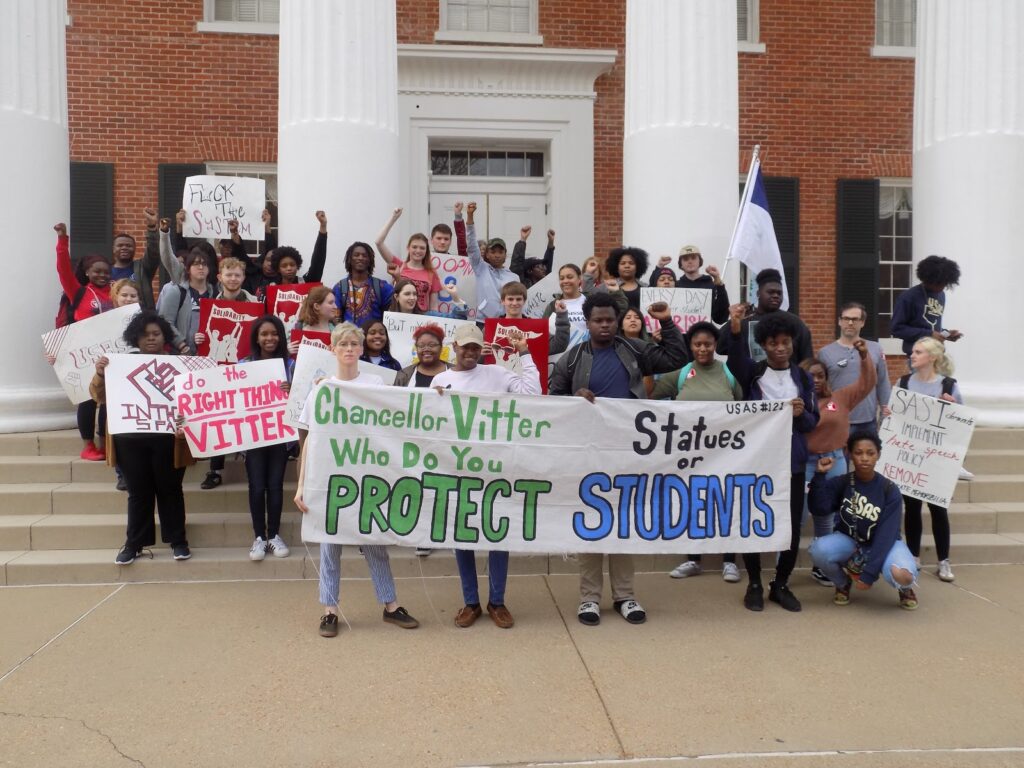 On July 14, after standing for 114 years as a rallying point for racist hatred, the Confederate monument in the middle of the University of Mississippi’s campus was taken down and relocated. Students Against Social Injustice (SASI) had been advocating for the statue’s removal for the past five years.

SASI formed in 2015 around the push to remove a related symbol from campus: the Confederate-emblemed Mississippi state flag. After winning that campaign, they set their sights on the monument.  They conducted protests, teach-ins, talks with administration, and email and calling campaigns. In 2019, they hosted United Students Against Sweatshops’ national convention, bringing hundreds of fellow students from across the country to support the fight for removal.

A month prior to the relocation, the Board of Trustees for Mississippi’s public universities voted to move the statue. However, rather than getting rid of it entirely as students demanded, they relocated it to a Civil War cemetery in a less prominent area of campus. Moreover, they approved a whopping $1.15 million in private funding to turn the new placement into a sort of shrine—including funding for a path, a bench, cameras for police monitoring, and special lighting.

“All of it undermines all of the Black students and students of color that worked on this for so long, that put their faces out there, that have threats put on them all the time, just for this white man with money to say here’s $1 million to make it pretty,” said Bailey Paul, a University of Mississippi junior involved in SASI. “They’re not just relocating it but further glorifying it.” 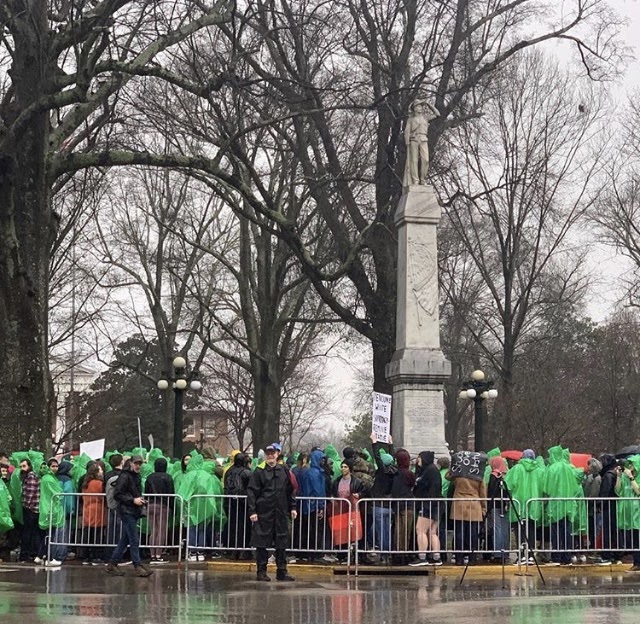 University of Mississippi students, faculty, staff, and Oxford community members gather to protest the Confederate monument on campus at a Students Over Statues march held on Feb. 22, 2019. Photo courtesy of Students Against Social Injustice.

The idea of relocation was proposed in March of 2019 by the Associated Student Body Senate. The proposal was passed unanimously and endorsed by faculty, campus workers, administrators, and the athletics director. It didn’t, however, include the million-dollar enshrining plan.

“They had to find some way to make sure that people who give money to the university were still going to approve every decision they made,” added August Foster, a recent alum and long-standing SASI member. “They were like, okay we’ll move it, we’ll technically relocate it, but we’re going to make it look 10 times better, just to appease people that wanted it to stay on campus.”

The United Daughters of the Confederacy erected the monument honoring Confederate dead in 1906, 41 years after the Confederate surrender. During the monument’s dedication, Charles Scott, gubernatorial candidate at the time, spoke of the preservation of “Anglo-Saxon civilization,” and praised Confederate veterans who defied Reconstruction-era laws to preserve white supremacy. 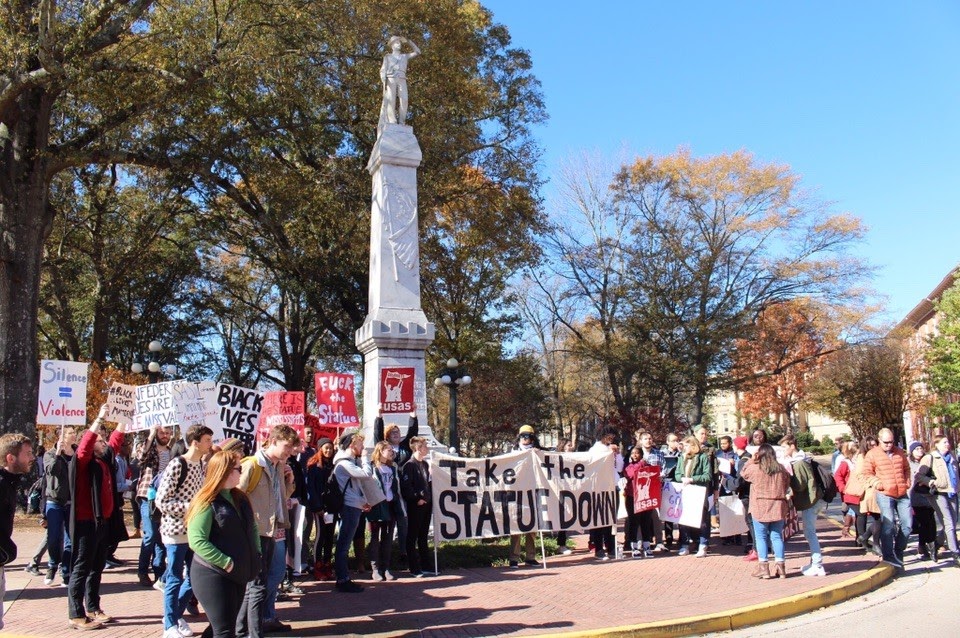 Students and activists gather to protest the Confederate monument on the University of Mississippi’s campus as part of the Steps to Justice action on Nov. 28, 2018. Photo courtesy of Students Against Social Injustice.

“Going to a state university as a student of color felt like a huge achievement, but my family didn’t want me to go there because of the reputation of being racist,” said Quay Williams, a senior and SASI member.

“That reputation is just perpetuated by the Confederate memorabilia, because it attracts racist people there. Because of this reputation of the school being racist, it drives a lot of students of color away, especially from lower-income places.”

The Confederate statue was used as a rallying point for racism during the Ole Miss Riot of 1962, when a white mob violently attacked the campus in response to James Meredith becoming the first Black student to enroll at the University of Mississippi. Two people were killed and hundreds injured.

In early 2019, gun-toting neo-Confederates gathered around the same statue as pressure was mounting among students, faculty, and staff for the university to approve the removal. “That really escalated the tension around it, seeing this very visible consequence of having the statue on campus as this rallying point for these outside agitator Confederates who were actively threatening students,” said Matuh, a senior and SASI member.

Going forward, SASI will continue advocating to get the statue fully removed. This campaign is one of a host of issues they’re working on—fair treatment for campus workers, protections for student mental health, and the abolition of the university police department. At the beginning of the pandemic, they started a mutual aid group for students at the university, campus workers, and Oxford community members.

“I think, especially going back to school when things are worse, our movement can be very powerful,” said Paul. “There is a lot more that we can build on with each other.”

For more information on fallen monuments like this one, check out SVA’s Toppling Racism map, where we’re tracking the 100+ (and counting) racist memorials toppled in the South during the uprising for Black lives. Contact author Carol Metzler at carol@southernvision.org.