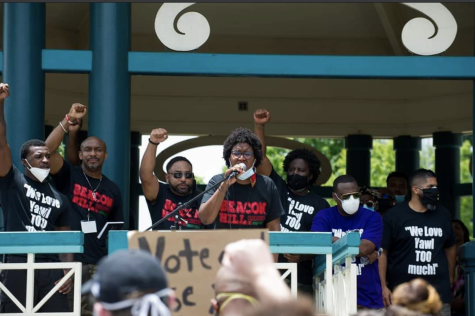 On the eve of Juneteenth, the 112-year-old DeKalb County Confederate monument in Decatur, Georgia, was removed following an order from DeKalb County Judge Clarence Seeliger. This marks a major victory for the Beacon Hill Black Alliance for Human Rights, who have campaigned for the monument’s removal for the past three years.

The Alliance had originally formed to focus on school equity issues in Decatur. Following the 2017 “Unite the Right” white supremacist rally in Charlottesville, the group united with Hate Free Decatur and others in the community to demand the monument’s removal.

“When Charlottesville happened, then this issue was connected in terms of systemic white supremacy we were already addressing in terms of education, but here was this symbol of it in the middle of the city,” said Paul McLennan, Alliance board member and co-chair of its monument removal committee. 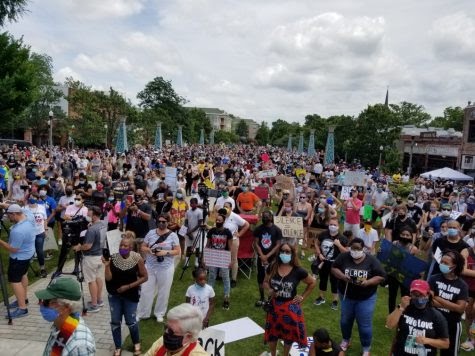 The monument was erected by the United Daughters of the Confederacy in 1908, 43 years after the Confederate surrender. It was placed in front of the Decatur courthouse as a means of intimidating Black voters, the same year the state of Georgia adopted an amendment designed to disenfranchise them.

The Alliance went through a three-year long legal process to try to get the monument removed—going back and forth between the city and the county, determining whose property it was on, and getting resolutions passed, only for Georgia Gov. Brian Kemp to pass a law making it even harder to remove publicly-owned monuments last year.

Workers removing the base of the DeKalb County Confederate monument on the eve of Juneteenth. Photo courtesy of Fonta High.

“It really was this historical moment and the uprising of youth against state violence that I think gave us the momentum we needed to finally tip the balance,” McLennan said. ”We still kept pushing, even after the judge’s order because we’ve seen that window close before and we didn’t want that to happen again. The lesson is to never stop applying pressure.”

While the Confederate monument has been successfully removed, the cannon next to it still stands. Erected in 1906, the cannon is a relic of the genocide on Native American people that occurred during the Creek War of 1836. Like the monument, it was sponsored by the United Daughters of the Confederacy.

Fellow Alliance board member and committee co-chair Fonta High said the local government’s lack of focus on removing the cannon is a major disappointment. She also noted the Alliance’s efforts to uplift the teachings of Native American and Black people to the Decatur community.

“That cannon, for 114 years, represented the memorialization of a genocide against the Creek people, which we believe is as great of an affront to our community in terms of what took place to our Native American brothers and sisters,” she said. “The focus that elected officials had was solely on that monument, so that cannon still stands.”

As part of the next phase of their work, the Alliance is pushing for affirmative artwork to be put up in place of the removed monuments. A statue of young John Lewis, the late, legendary civil rights activist and US Congressman, is currently planned to go where the Confederate monument stood.

“We’ve been pushing for this for the last three years,” High said. “But it’s because of the people’s push that made the difference to push those elected officials to do what needed to be done.”

For more information on fallen monuments like this one, check out SVA’s Toppling Racism map, where we’re tracking the 100+ (and counting) racist memorials toppled in the South during the uprising for Black lives. Contact author Carol Metzler at carol@southernvision.org.